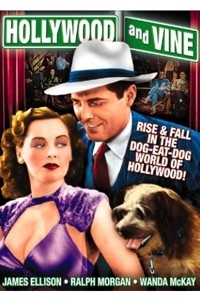 Larry Winters (James Ellison) is a successful screenwriter who likes to do his research first-hand. Assigned to write a film about Hollywood hopefuls, he gets a job as a drugstore soda jerk. Martha (Wanda McKay), a small-town girl with dreams of stardom hangs out at the soda counter in hopes of being discovered. She does become a star of sorts – as the owner of a dog called Emperor who does become a movie star.